Pictorial of an Old Oil Rig 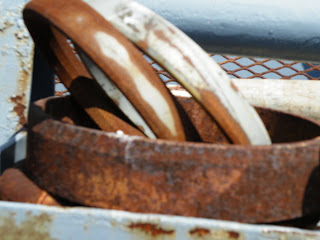 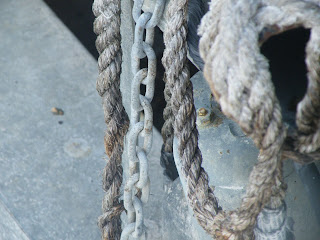 There is, I think, something seductive about rust. It's the way I find myself stopping to look at the spilled stomach of an old car, or the guts of a factory – something about the way metal decays that elevates it into a kind of beauty. So as we walk around the disused oil-rig in 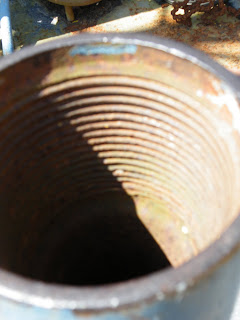 Morgan City, much of it seems quite beautiful to me. 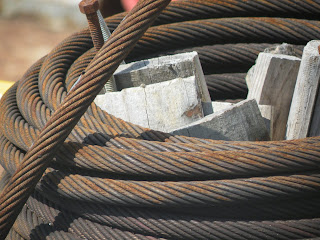 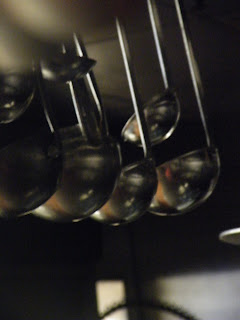 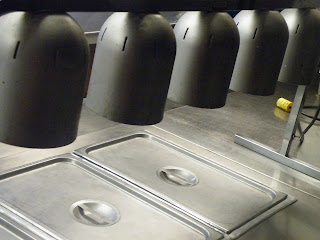 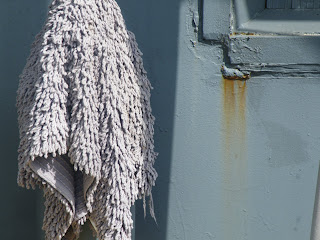 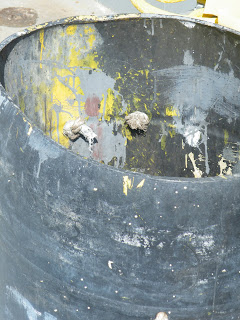 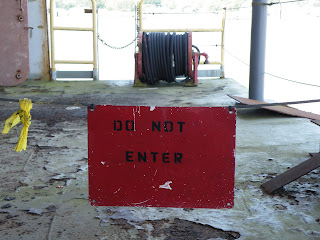 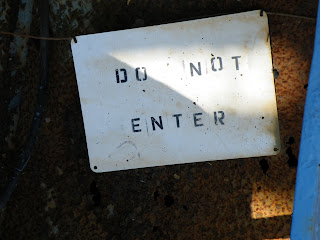 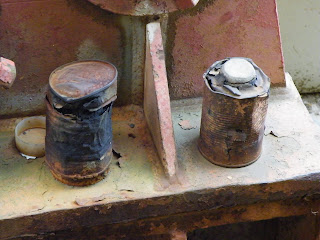 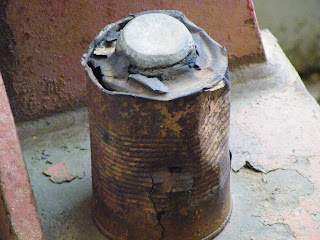 Posted by Kei Miller at 4:06 PM No comments: Links to this post

﻿﻿﻿﻿﻿﻿"What makes you miss your native country the most ?  Adisa Basic, my fellow writer, a poet and a journalist from Sarajevo asked me.
‘Almost everything’, I abruptly responded.

It was true. In America, daily routines are arranged systematically, allowing people to have carefree lives. The exhausting tasks that in our country (Burma) take hours to finish can here be completed by just a push to button. Whenever I think about these material developments that make life easier, I cannot help but remember my people who have to struggle in their everyday lives.  With respect to the spiritual growth of the people here, who learn that all people are worthy of respect, I was bothered when thinking about how our people are not allowed to feel empathy very much, because of the very demanding and troublesome daily struggles in poverty.  When crossing the thick layer of snow here, my mind would travel back to my native land, then in scorching heat. My homesickness or nostalgia was mostly based in the differences between the two respective countries.

New Orleans, however, changed my way of missing it.  Shady, with large green trees that  caused me to wipe sweat drops from my neck as I was walking,  here was the same air as the air of Burma. Most of the native flowers and herbs are also familiar in Burma. The jasmine shrubs blossoming in their whitest form were everywhere.   The blazing ground and the cool aromatic breeze provided the closest synonyms for Burma’s atmosphere that I have felt in a long time. Forget-me-nots, oleanders, mabolo trees, crotons and even the geographical surroundings made me feel as if this was Burma.

On April 8, our ‘Writers in Motion’ group was scheduled to meet with John Biguenet, a professor at Loyola University as well as a writer. John explained to us in detail what they experienced during Katrina Hurricane.  Mentioning the inadequate aid and the delays in the rescue processes, he said people felt the former president Bush’s administration was to be blamed.  Victims were deprived of proper medicines and treatments. The mercury-contaminated tap-water led to thirst. Schools were interrupted for 6-7 weeks. 2,500 school children had to wait on the streets to attend class.  In a dramatic story he retold the nightmarish scenes of the crisis

That same afternoon we visited the hurricane-hit area on a Disaster Bus Tour. The woman who was our tour-guide noted that some shattered buildings were yet to be reconstructed.  But the formerly catastrophic area gave me a certain strange feeling.  The buildings, which were somewhat luxurious for our country’s standard, were standing neatly along the street. I witnessed families, gathering and sitting on benches beneath the shady trees in front of their houses, avoiding the scorching heat. Children were riding their bikes. People sitting under the trees waved their hands at every tour bus. The tour guide was briefing us in a style that went something like, ‘Do you see the man wearing white T-shirt and waving to us?  His father and daughter were killed by Katrina in that very house.’  After passing every thirty or forty houses, it was likely that we would witness a damaged roof-top or a collapsed wall, guided by the orderly voice: ‘Please look at that house. It couldn’t be rebuilt till now’.  Everybody in the bus sighed.

As for me, I was sitting stiff in my bus seat while my mind was in turmoil. It travelled back to my native land, hit by lethal cyclone Nargis, and to its victims.  We had landed in the Day Da Ye Township, a week after Nagis and witnessed many floating corpses in the river, for the death toll had been over 130,000. The air stank of rotten flesh. To reach the village we were headed for, we volunteer rescuers had to row the boat in a narrow creek that had been blocked by dead bodies.  Some of my companions had to clear the way by pushing them with bamboo sticks, thearing holes in the corpses’ decaying skin. The villagers cried and greeted us as they saw the approaching aid, bringing food and medications. We were the very first rescuers to reach them, 8 days after the storm. The whole village had been swept over by the sea water. The drinking well was contaminated by salt and by corpses, while extreme winds and waves followed, leaving nothing behind, not even to drink.  I could not bear thinking about how they survived such a catastrophe of hunger, let alone thirst.

John’s words appeared to my mind. ‘Katrina hit on Tuesday. There was no aid available, or rescuing underway, until Tuesday.’ A picture of the thousands of books damaged as waters entered into his house was displayed in a slide-show on his computer screen. John was explaining us emotionally about the circumstances during and after the disaster. That was the most agonizing period in his life, he told us.  Instead of his gleaming eyes, a pair of faint-yet-hopeful eyes appeared in my memory.

That was on the remarkable May 15, a dozen days after cyclone Nagis hit, on one of our typical every-three-days visits to the stricken area, as we traveled to another village in Day Da Yal township.  While we volunteers were carrying rice, potatoes, medicines and clothes from a chartered car to a motor-boat, a woman with faint eyes and messy hairs approached me timidly.
‘Where did you plan to go, dear?’ she asked.  I told her of our destination.
‘Were these items intended for the cyclone victims?’ she asked again.
‘Of course’ I assured her.
‘Which ministry you are from?’
I told her that we aren’t connected to any branch of government; that we are just a  volunteer group, searching for local and outside donations and visiting the victims’ sites in person, providing basic aid face to face. She was simply unable to conceal her surprise in her eyes. After a while, I heard her timid voice.
‘Would you come to our village too?’ She pleaded.
‘Did your village receive any aid?’ I asked.
‘Only once’, she muttered.
‘What did you get?’ I asked with hope.
﻿﻿
﻿﻿ I found myself covering my mouth with my hand to keeping from crying out, for the young woman’s answer made me almost mad.
‘Two days ago, drinking bottles were dropped from a helicopter. We had to rush to pick up one, in a stampede, exhausted. When I got the bottle, I emptied it in one gulp.  After the helicopter disappeared, we counted the bottles. Our village’s quota of drinking water was 23 bottles altogether’, she said.

.I have not told my experiences to John or to my companion writers. As a matter of fact, many people from all over like to learn from America, one of the best developed countries of the world.  My native country is a poverty-stricken nation where people are nearly dying of starvation in spite of its rich natural resources. It is the poorest developing country in the world as far as education, healthcare and many other social aspects are concerned .

So, in matters of life and death, and with similar situations on hand, why was the response from the leaders of two such different countries somehow almost the same?  If we can see behind the "almost the same", we might find an answer in the similarity of power, which regulated the speed of response in both places.


Catastrophes and natural disasters are never good to witness. The suffering in New Orleans was lighter, ours was deeper, and such comparison makes Burma look worse. I know that. But I just couldn’t help to make the comparison anyhow.

For more writing on and by Khet Mar go to Sampsonia Way, the magazine of the City of Asylum in Pittsburgh, and to The Irrawaddy. For extensive coverage of Nargis, including some of the events and people described above, go to The New Yorker. The Burmese version of this piece can be found at MoeMaka Multimedia .
﻿﻿﻿﻿