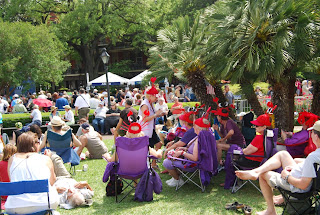 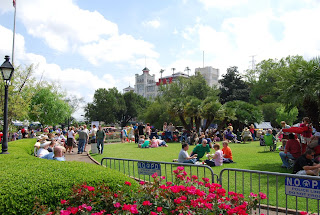 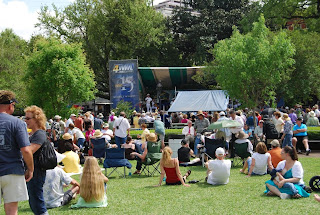 We tend to believe that things are replaceable. Our clothes last hardly a season or two, we throw away eternal lasting plastic dishes as soon as we quench our hunger. By tomorrow, everything we have will appear in a better, smaller, more perfect version. The only problem is that we slowly start to believe that people can be replaced much the same way. No doubt, our job could be certainly done equally well by many others. There are also those waiting in a line to jump into our lives, to love our lovers, take our kids to kindergartens, put their clothes into our closets.
Because whatever happens, life goes on… There are very few things so encouraging and yet so frightening as knowing that there is so much truth in a well-worn phrase that life goes on. Sometimes slowly and painfully, with hesitance, other times easily and energetically, without fear, but one stands up after falling down. And then what. We shake it off, count our loses and move on. We round off casualties to the nearest number (History rounds off skeletons to zero, a thousand and one is still only a thousand …). On anniversaries, we pay our respect, fix what’s broken and quickly put on the mask of normality. We hail the recovery as a sign of strength. Should a tear appear after some time, we’ll quickly wipe it away, secretly, with a feeling of uneasiness…
One can have a pleasant time in New Orleans oblivious of what happened here six years ago. The city has been given a makeover for tourists, it has put on a smile, opened its shops and restaurants, offering souvenirs, massage, sightseeing tours. New Orleans again gives what everyone has come for – a place of great and unlimited fun where one can smoke in bars, listen to the street music and be free. The Music Festival is on and the French Quarter is swarming with people. Old people dance passionately in front of the stage looking as if the faith in flower power has never died. A group of people are laughing under a small tree, talking shelter from the warm spring sun: they’re wearing cheerful red lobster hats on their heads. Beautiful students dressed up in a carefully careless way, moving their hips in the rhythm of the music. Life triumphs. There is no yesterday. We don’t look backwards.
This abundance of colors, aromas and sounds, a sunny day that always makes the world look more beautiful, all that fights against the gloomy thoughts and calls for oblivion. Amnesia is healing, it makes life easier. How else could we live. On a day like this, how would it feel to think about which one of those nice and hospitable people, a few years ago, was the first to make step towards bestiality, the first to pull the gun. And who was standing hopelessly on the roof, with no one to expect.
Blissful in our forgetfulness we taste gumbo, throw coins to street musicians, drink cocktails and expose our pale bodies to the warm sun for the first time this year. And everything is happening for the first time. It is the power of life that makes sprouts break through the earth in April which indeed is the cruelest month. The explosion of that magnificent cruelty is happening before our own eyes. All the way in the corner of the picture, a young mother with ample bust is feeding her baby on a lawn, they’re both unperturbed by the noisy clamor around them. Relentless and unstoppable, life goes on… The shivers going down the spine of a bystander may just be those of excitement over the power of nature and not of bewilderment and horror.
Posted by adisa at 9:55 PM No comments:

On the Realness of Places 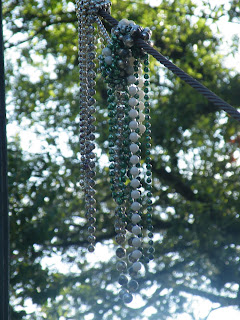 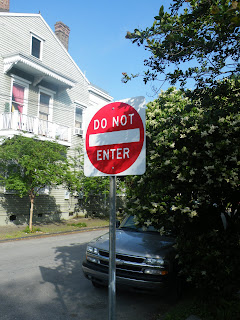 Now this isn’t a paid advertisement – but I’ve always liked Hugh Ferrer. He is (I guess) one of our chaperones – one of the organizers of this trip through America. And his has always been a genuine pleasantness, never over-performed or disproportionately eager. Strange for an American. And his is an intellect that never patronizes, is always willing to engage and to push. So when he checks us into the hotel, and he asks the man at the desk, quite seriously, if there are places we should avoid – and the man at the desk, quite seriously, tells us we best not go anywhere in that direction (oooh no, you best avoid that area) and Hugh, who also used to live in New Orleans begs us to avoid wandering even a block over on the left, I know this isn’t an attempt to be over-protective or anything. And yet, I know myself. I know that in the morning, that’s exactly where I'll be heading.

The signs on the road that I decide to take seem designed to say, You're making a mistake, Kei. At your age, you should give up this kind of childish rebelliousness. In pairs, the signs tell me DO NOT ENTER, twice. Of course, I enter. One block, two blocks, three blocks in.

And no, nothing dangerous happened. I’m sure it could have. Someone could have snatched my camera or my bag. But it didn’t happen.

And no, nothing transcendent happened either. No one invited me up on the porch to eat some boiled crayfish and to tell me how they were so glad that a nice young man like me had come through, coz people mostly avoided the area.

And no, I didn’t feel as if I was suddenly seeing the REAL New Orleans. I’ve been suspicious of that particular discourse for a while. A friend recently asked me – ‘what is it like writing about Jamaica without having grown up in the real Jamaica?’ I stuttered. I told him I was sorry, but that before his question, I never knew my whole life was made-up. I grew up in a house in Jamaica, went to school and University in Jamaican, had Jamaican friends, still travel on a Jamaican passport, but somehow this was all made up – matrix-style.

Of course I knew what he meant – it’s that old compulsion to elevate the lives of the poor as actual lives. Here is a new beatitude for you: Blessed are the poor, for they shall inherit reality. Everyone else is disinherited, even from their own countries.

In truth, every place in this world has so many concurrent realities happening at the same time. Even the touristy bits of New Orleans are their own realities. I spend the rest of the day walking through these bits – the beautiful ramshackle of the French Quarters. And later in the day I am on the set of the HBO post-Katrina series, Treme. How is that for walking in and out of reality?

All the shops in the French Quarter are of course trying to convince you of their realness. They offer real Cajun cuisine and authentic voodoo dolls rather than tourist trinkets. And that reminds me -- I’m probably doomed to a bit of bad luck I’m afraid. In one of these stores I accidentally touch a voodoo altar despite signs that expressively warned me not to. I hadn’t seen them. The woman behind the counter shouts at me, her voice like a whip. Don’t touch that, please! It’s real! It’s real.

Posted by Kei Miller at 7:41 AM No comments:

From Baltimore, we have landed into the heat of New Orleans, into music, reconstruction, and the middle of a film set: Treme, David Simon's series set three months after Hurricane Katrina, now filming its second season.

For the first time on our journey, life elides into art. A New Orleans night club, The Blue Nile, plays itself. The gorgeous Wanda Rouzan is bluesing up the stage. Cameras roll, scenes are acted and then re-enacted, New Orleans is dismantled and then rebuilt as drama: Wendell Pierce waiting on the sidelines, speaks his lines to himself; Wendell Pierce metamorphosing into Antoine Batiste, strides up on stage, trombone in hand.

Later on, someone in our group makes an observation: behind the cameras on Treme, she says, is an all-white production team; meanwhile African American actors, musicians, and extras are directed like chess pieces across the set. This says something, she contends, about power structures, about who tells the story, and how the story gets told. Against my better judgment, I pick a fight. For me, Treme is a moving collaboration between an artistic vision, a city's reality, and a community's regeneration. The series is both a story and a city in progress, and music is its continuity. I make my argument (inchoately, most likely, thanks to the drink in my hand), and then we agree to disagree.

Collapsed in my drink, I think of Charlie Duff who yesterday led us on an intricate, profound, and troubling journey down both the gracious avenues and modern ruins of Baltimore City. Race relations in America, he said, do not bring out the best in anyone. What we need, he argued, is an "atmosphere of equality", we need to find a way beyond the current demarcations. In 1962, after black Americans had begun buying homes in white neighborhoods, Baltimore City bought a street and demolished the buildings. Why? To create a "fire break", to stop the "fire" from spreading. Crossing this demarcation, this boundary, was designed to be unpleasant.

Later on, we stand with David Simon on Decatur Street, where production crew, extras, residents and tourists move in nebulae along the pavement. He tells us how life has fed his art, how he went from being a newspaperman to a dramatist, how he found a route, via fiction, to talk about what matters to him. Treme, he tells us, is about how New Orleans is rebuilding itself, and how culture is one of the avenues by which it is traveling back. He tells us that The Wire and Treme are about ordinary people and that the stakes are human scale. "It sounds small compared to 24," he tells us, laughing. He says he intends to tell the story of what's there, what's here, but he does not expect it to change anything.

Back on the film set, a tall beauty in golden stilettos walks across The Blue Nile. A slender man dangles two bottles of beer by their necks. They do this over and over again, each time a little better, a little more perfectly themselves. When I look at Wendell Pierce, I can't help but see both Bunk Moreland and Antoine Batiste, Baltimore and New Orleans. Fiction has a value. If some vision of these two cities, past and future, doesn't exist in the imagination, human scale, will anyone fight to bring the cities back?