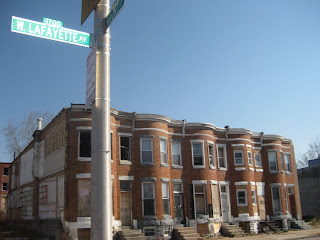 I know this isn’t a travel log, or that it isn’t supposed to be. But anything you write as you travel becomes just that --a kind of fragmented diary of the places you visit and the people you meet. Thinking comes later. Reflection comes later. Now you just travel while trying to keep your eyes open and your step firm and your coffee warmer than your clichés. You go to the battlefields of Gettysburg, and everything there --the trees, the monuments, the crowds of tourists, the t-shirt shops and ghost tours-- makes you feel like a cynic. You’ve been there before. Perhaps in a high-school field trip. Perhaps with your parents. Perhaps through history books. You’ve already seen those fields and monuments. You’ve already heard the stories of Lee, and Meade, and Pickett’s charge. But now, suddenly, through the smoke and noise of a theme park, you sense it. There it is. You can’t yet name it, but you know it’s there, and you decide to hide it away somewhere so you won’t have to sense it too much, or talk about it, or even think about it, and you drive down to Baltimore. You also know about Baltimore. You’ve been to Baltimore before. You start walking through the streets of west Baltimore. You see all the boarded-up houses: blocks and blocks of abandoned houses. You take a few snapshots. There’s no one there. You think of dead bodies decomposing. And there it is again. Unavoidable. Unmistakable. Now you have to see it. You have to write it down in your travel log. You have no choice. It’s too large, too ominous, too important.

Eduardo Halfon
Posted by halfon at 9:09 PM No comments:

The War Anew In Baltimore

I first travelled to Baltimore through the ‘The Wire’. This was a Baltimore, somewhat of the ‘popular’, safe from afar because of its mediated dangers and shared by hundreds who had never actually visited or will visit the city. It was a Baltimore of certain frames, T.V sets: the gritty docks, boarded-up street exteriors and corners, a canvas that became the larger inner city – universe of ‘The Wire’. So I ‘know’ the Wire’s battle-weary cynical but ever-intense cops, sociopathic well-rounded gang-banger ‘street outdoor’ types, aggressive bureaucrats, and slick-drawl politicians in heavily carpeted ‘jungle’ interiors.
I am lucky but more knowing – I will never see ‘The Wire’ only through the eye of a ‘crime reporter’s with a feeling for sociology' again now that I have been in the city over the last two days. I have walked on, been driven and talked through Baltimore’s other key landscapes beyond the ‘The Wire’s camera lens; the pretty chi-chi brick-paved Fell Point waterfront, the oldest Catholic cathedral in America (an uncanny life-like dove flutters in a ceiling reaching the heavens, the gentrified leafy swathes of brick-front Victorian apartments that retain a feel of a London without its grey and low skies.
About 150 years of Baltimore’s ages interlock; 1960’s modern apartments and State government blocks also stray into my mediated lens from The Wire; a Baltimore that is a much slower movie with less project-browns and concrete grays। Not unlike the D।C and New York’s Harlem and Brooklyn, cities that spilled over with immigrant ethnicities and African-Americans over the last hundred years, it is a History Channel whose drama is one of evident tensional temporalities। The Wire’s gritty pixels and brilliant characterization loses the spread of a wider map, the stretch and context of the City’s history.
Mapped and spread out, Baltimore is also the material manifestation of the tug of hundreds of years of capitalism spiked with white superiority till the Civil Rights movement with all its attendant exclusions and inclusions. There are bonsai exercises in aesthetic aspiration, miniature gardens, small parks, and squares just as there are grand continental squares from the City’s European historical roots. There is a 2-mile highway that leads and comes from nowhere, an ill-advised attempt to build escape routes into the suburbs in the 1950s for a white middle-class, with the promise of freedom from racial integration many years after the end of war that had fought for that same exact goal. The Battle Of Gettysburg is just an hour’s drive away – and the Baltimore suburbs are both its hinterland and also the city’s if for different reasons with connotations within America’s racial history. If blood was spilt for Lincoln’s grander multi-racial vision for America on those grand battlefields that include Gettysburg, the city’s center is partially what it is because of a racial hysteria and fleeing from the center by a white middle class between since the 1940s. The automobile also helped ruin Baltimore’s core just as its slow adaptation to a post-industrial world.
And so I came into Baltimore from Gettysburg where our guide into American Civil history had prepared a thick dossier of military maps that showed strategy, movement, thrust and parry, relative positions of combatant regiments and so on. The dossier also contained letters that have unique individual sketches of those 3 days that were fought there during the American Civil in the month of July 1863. And after I toured the Baltimore I describe, I felt that I required a 3-dimensional map like the Gettysburg military showcase with letters from Baltimore over time that would tell a bit more of the City’s history denoting things like land tenure and property ownership, inter-ethnic migration, micro-economic patterns within the blocks of the city and macro-economics relative to America’s East. This would help explain Linden Avenue, where 1500 houses were destroyed in 1962 to create a colour barrier, a fire-break as described in public record and that now separates Baltimore as a racial and economic divide. One requires that kind of map too to explain Lafayette Avenue, one of the main streets through the city, both kaleidoscope and vertebrae into all these various historical ages and economic present(s).
West Baltimore is ‘Wire’ territory, if not worse in some parts, the main black district thoroughfare and commercial street holds bailbond offices, cheque-cashing stalls and the odd T-shirt outlet with unrecognisable labels. East Baltimore though is on the up and where most of 'The Wire' was shot too and that says it all, mostly. Only that there are definitely more people on sets the ‘Wire’s streets, I saw only solitary figures float by out in West Baltimore. Years ago, a bargain ‘dollar’ sale was held not far from the West, crumbling houses were offered on auction, sold and restored into what is one of Batimore’s finest areas। I attended a neighborhood meeting in up-market residential Baltimore and the minutiae of household/street economies discussed showed glimpses into the process called ‘gentrification’ beyond such emergency interventions. What trashcans to use, how to handle dog-shit was discussed by home-owners amongst other macro-problems. But at the other end, trash is evidently the least of concerns for ‘slum-lords’ who I guess will stall any emergency bargain sales required to save West Baltimore. And so ‘gentrification’ and the slum lord fight over Baltimore in a new separatist war.
—Billy Kahora
Posted by k9mensan at 10:41 AM No comments: